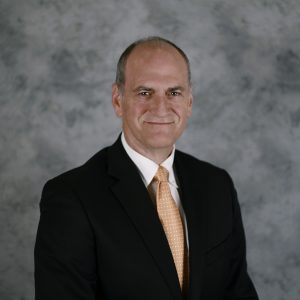 Rob Chrisman began his career in mortgage banking – primarily capital markets – 36 years ago in 1985 with First California Mortgage, assisting in Secondary Marketing until 1988, when he joined Tuttle & Co., a leading mortgage pipeline risk management firm. He was an account manager and partner at Tuttle & Co. until 1996, when he moved to Scotland with his family for 9 months.

He returned to the United States in mid-1997 and ran Secondary for Standard Financial, a sub-prime lender in northern California. In late 1997 Rob was hired by CrossLand Mortgage to start, and be the president of, a sub-prime company named OnCall Mortgage (a division of CrossLand). OnCall Mortgage was in existence until Wells Fargo purchased First Security Bank (the owner of CrossLand) at the end of 2000.

Rob then joined CMG Mortgage, a wholesale mortgage bank, as the Director of Secondary Marketing. In early 2003 and re-joined Tuttle Risk Management Services, Inc. TRMS (now Compass) provides mortgage pipeline risk management for mortgage companies and thrifts that seek to originate and sell loans into the secondary mortgage market. In November of 2006 Rob left TRMS to become the Director of Capital Markets for RPM Mortgage, a retail residential lender you all know, leaving there in late 2008 to focus on not only publishing a widely read daily market commentary on current mortgage events but also on his family.

He is on the board of directors of Inheritance Funding Corporation, a financial services company which advances capital to heirs, of Doorway Home Loans, of AXIS Appraisal Management, and of the California MBA. He is also a member of the Secure Settlements Advisory Board, an associate of the STRATMOR Group, and of the Mortgage Bankers Association of the Carolinas and its membership committee. Rob has provided expert witness services for mortgage and real estate-related cases, has lectured to groups around the country.

Rob holds a BS from Cal Poly, San Luis Obispo, and an MBA from UC Berkeley.